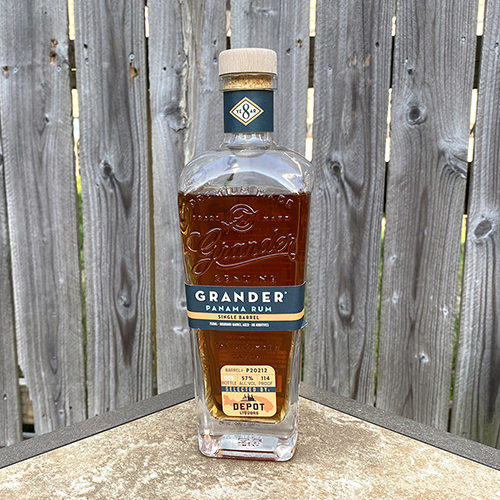 Grander Rum is an independent bottler of Panama Rum. Distilled, aged, and bottled in Panama at Las Cabras Distillery, the rum is aged in a variety of casks, including ex-bourbon American white oak, ex-sherry casks, ex-rye whiskey casks, and ex-scotch casks. The rum is without any added sugar or additives. The age statements on the bottles denote the minimum age of rum in the bottle. The Grander portfolio contains an 8 year-old, 12 year-old, Barrel Series finished in a variety of casks, including ex-rye whiskey, a Trophy Release containing a blend of 8-15 year-old rums, and a variety of single barrel offerings. This selection is one of those single barrel offerings, coming from Depot Liquors in Beverly, Massachusetts.

The bottle is beautiful. It is a sloped obelisk, with a tight cork enclosure. The bottle has a heavy glass base, and feels sturdy. The bottle is informative, with a lot of information about the rum, including its distillation, origins, and age. It clearly states that the rum has no additives, no sugar added, and that the age on the label is the true age of what is in the bottle. The embossed graphics of “Grander” and the symbolic Marlin are a nice touch. This feels like a “premium” product by the bottle alone. Most important is the information on the bottle allowing the purchaser to have an understanding as to what they are buying. With this being a single barrel, the front label contains information on the specific cask as well as the logo for Depot Liquors, who selected this offering.

In the glass, the rum is a dark mahogany color with hints of gold. It has a medium body. The aroma is deep and complex. There is a bit of alcoholic burn on the nose, but that is expected with a 57% ABV rum. The aroma contains vanilla, baking spices, caramel, but also some interesting notes of gingerbread, spearmint, and sugar cookie. It is a delightful nose that is rich and savory. The ginger and sugar cookie notes are surprising, warm and inviting. The scents are also tied together with a deep oak presence that binds the aromas together.

On the palate, the flavors are dark and complex. The rum is viscous, with a medium-to-heavy body. There is a slight alcohol burn, but that is understandable given the proof. The front of the palate is all brown sugar, vanilla, and caramel. The amount of brown sugar on the palate is quite impressive. After the brown sugar subsides, the palate presents some baking spices, but also the gingerbread note comes through from the nose. There is a slight minty profile throughout the palate as well. This is a beautiful, deep and rich rum. The viscosity of the rum is quite surprising given how there are no additives, but that signifies a high-quality cask which is bottled at the perfect proof.

Grander Rum Single Barrel #P20212, selected by Depot Liquors in Beverly, Massachusetts, is a beautiful rum. Given the higher proof and choice cask selection, it is much more complex than most of the other releases, with the exception of maybe the Trophy Release. Where the Trophy Release has some dark fruit and sherry notes, this Single Barrel beautifully presents notes of gingerbread, brown sugar, and baking spices. For those local to New England, USA, if they are interested in a dark, rich, complex column stilled rum from Panama without any additives, they should seek out this offering. Even if not local, rum lovers should seek out other single barrel offerings in their area. For bourbon whiskey lovers who want to introduce themselves to rum, this would be a nice rum to start. Although this is beautiful neat, it would be tremendous in old-fashioned style cocktails. 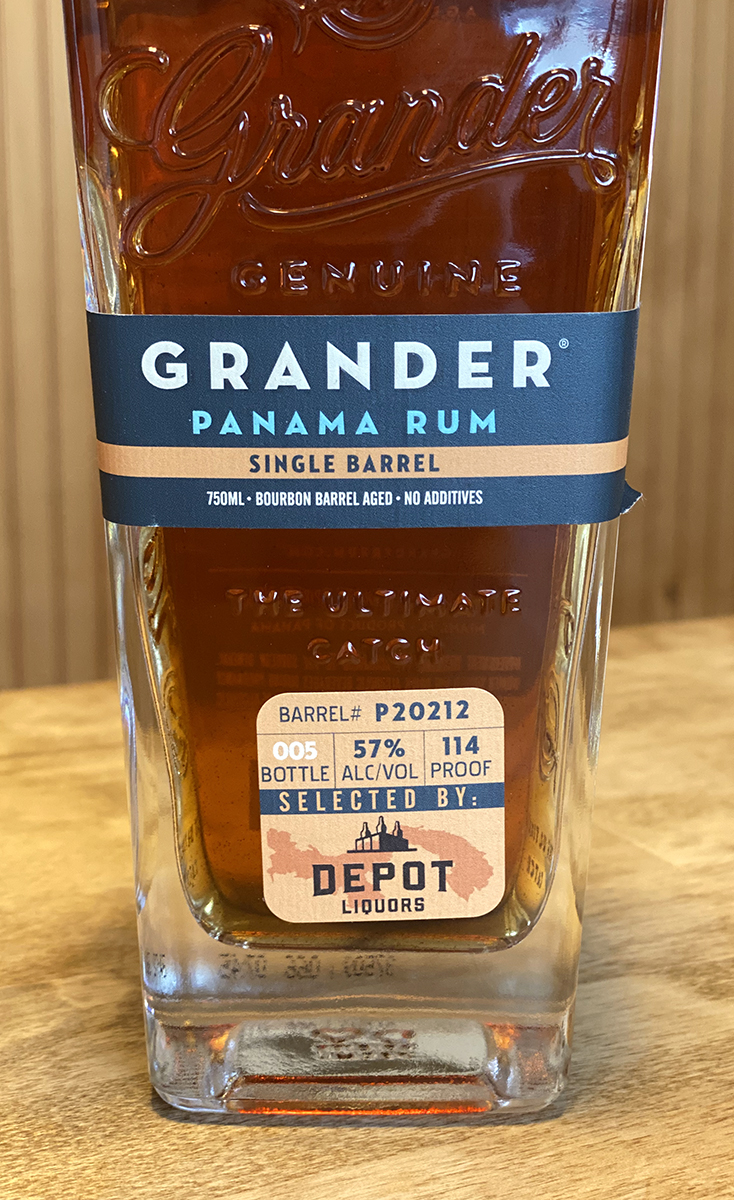 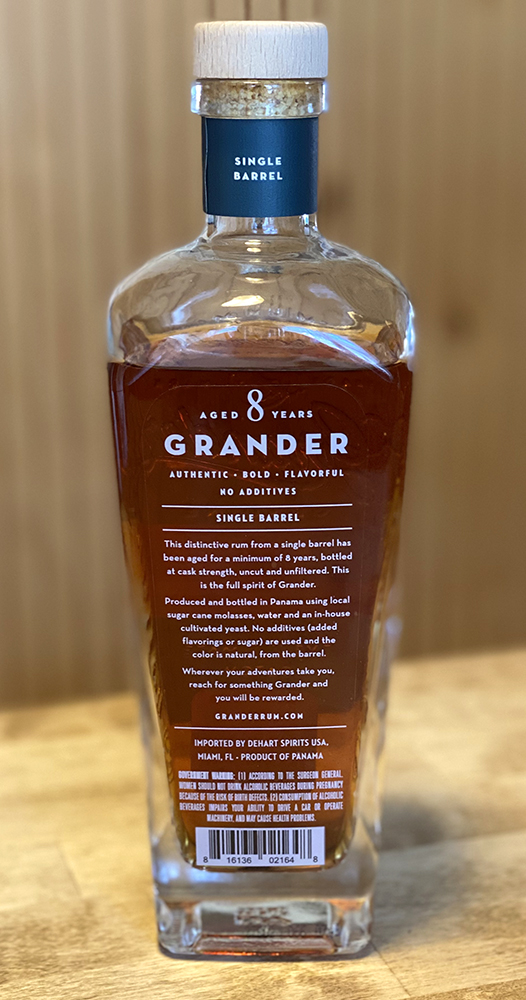 Back of the bottle