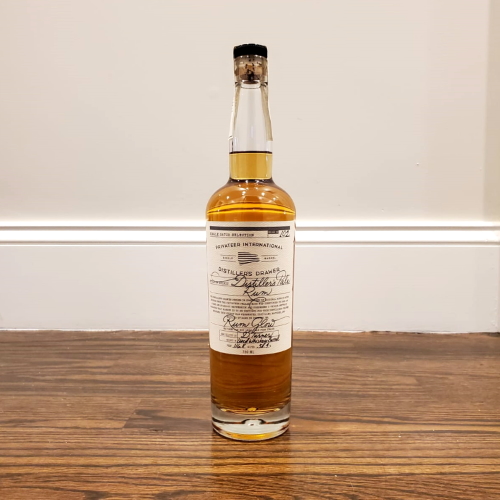 Established in 2011 in Ipswich, Massachusetts, the Privateer Distillery was established as a homage to the privateers of the American Revolution. Its aim is to create True American Rum, with a focus on pure, unadulterated, unsweetened, and unfiltered rum. In its short time, Privateer Distillery has endeavored to create traditional, authentic rum. Simultaneously, Privateer aims to create unique, innovative expressions in an authentic manner through the use of secondary cask finishing as well as exceptional blending techniques, utilizing both column- and pot-stills to create unique, flavorful expressions of True American Rum. Twice a year, Privateer releases a series of bottles called Distiller’s Drawer, which represents some of the Distillery’s favorite barrels that are so unique and exceptional that they deserve to be released on their own as single expressions.

The bottle is tall and slender with a thick base. The use of a cork stopper is welcomed, with a tight fit on the bottle opening, ensuring that the liquid inside is secure. The labels affixed to the front and back of the bottle are paper, with a rough-cut edge, giving it a rustic feel.  The front label contains language describing the significance of Distiller’s Drawer releases, noting that they are chosen because they are identified as rare and standout expressions with unique depth of character. Information on the label is hand-written, including the release number, name, description, name of the person who selected the release, cask type, and proof/alcohol by volume. The label also has printed a description which reads “Matured for Not Less Than Four Years,” which is important for such a young distillery, and is a welcome sight ensuring a true, proper age. The back label has the number of bottles produced for this release, showing you how small and unique these releases are.

In the glass, this rum has a pronounced, yellow-gold color. The light color showcases the influence of a used bourbon cask in maturation. The body appears light, with short legs on the glass. Arising from the glass is a very fragrant, perfumed aroma of raw honey, almond and toasted oak. Moving your nose closer to the glass presents a strong alcohol aroma, and although expected for a rum at 116.8 proof (58.4%), it can distract from detecting other aromas. Moving past the strong alcohol, one can detect traces of vanilla bean and orange marmalade. The nose is elegant, and wonderfully displays the lighter style of Privateer’s offerings. It invites you to take a sip.

On the palate, there is less alcohol than one would expect based on the aroma and ABV.  It is still there, but not as dominant as one would think. The palate matches the aroma, for the most part. Dominant flavors on the palate include raw honey, almond, and toasted oak. There is a slight presence of orange oils on the mid-palate. The vanilla doesn’t really present itself on the palate. The finish has a hint of tobacco leaf. However, there is a slight bitterness accompanied by tobacco leaf. It is a delicious and well-balanced rum. It showcases the tamed influence of re-used bourbon casks and how it can influence a raw spirit. The front-palate is beautiful, and the mid-palate is well-balanced, while the finish has a slightly dry, bitter element to it.

In my opinion, Privateer really shines when it is matured in a used-oak cask, whether bourbon, rum, cognac, etc. The Queen’s Share distillate here evolves elegantly as it mingles with the bourbon cask over the course of its four-year maturation. This rum is warm, elegant, and deserves to be savored on its own. The raw honey aromas mixed with the almond and toasted oak influence is simply beautiful, and that light tobacco leaf note on the finish is memorable. However, the strong alcohol aroma and bitter finish can be a distraction. This rum would be enjoyed by a rum enthusiast with a palate accustomed to cask strength rum. Of course, one could add water or ice to dilute it to a more preferable strength. 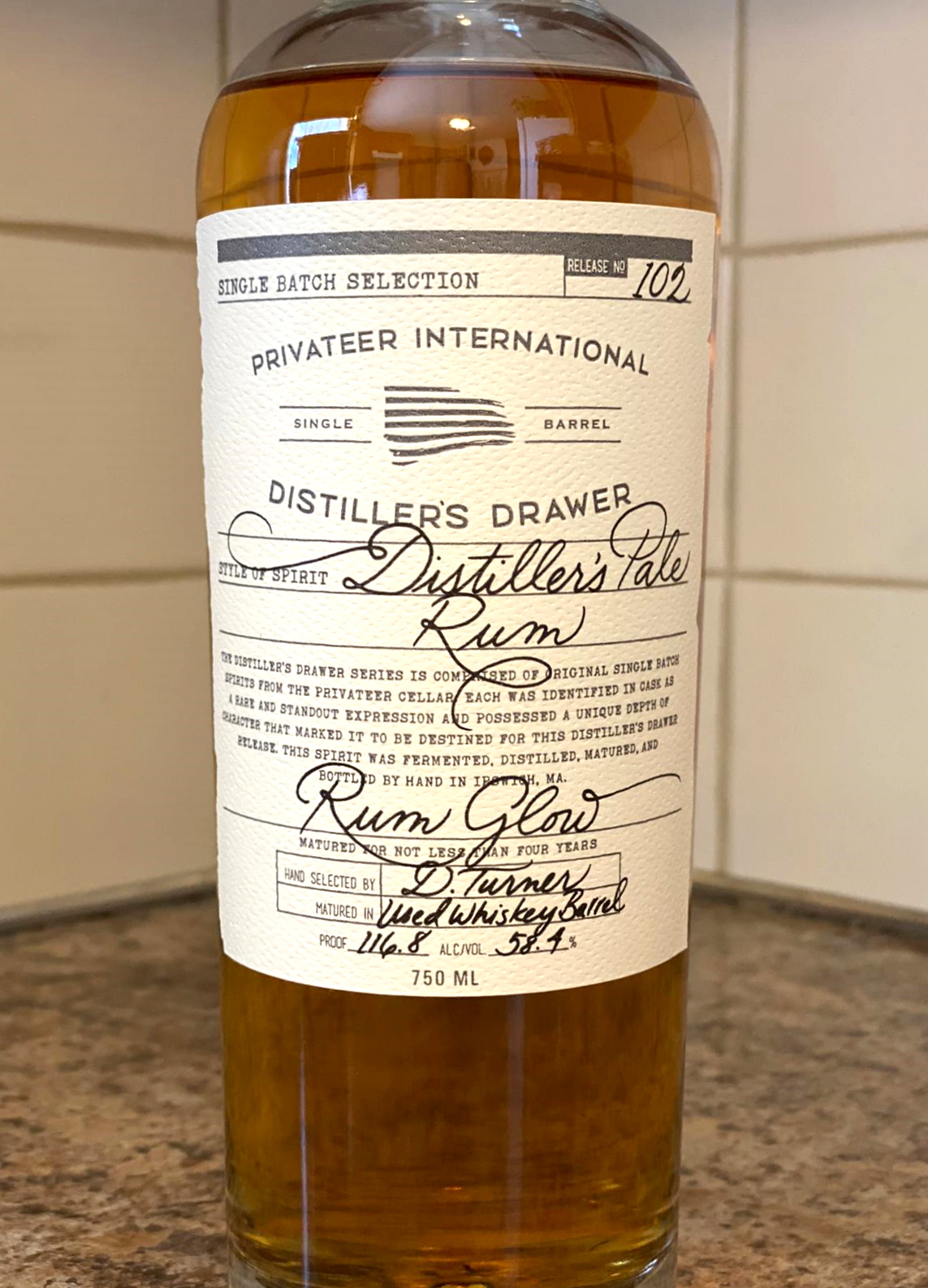 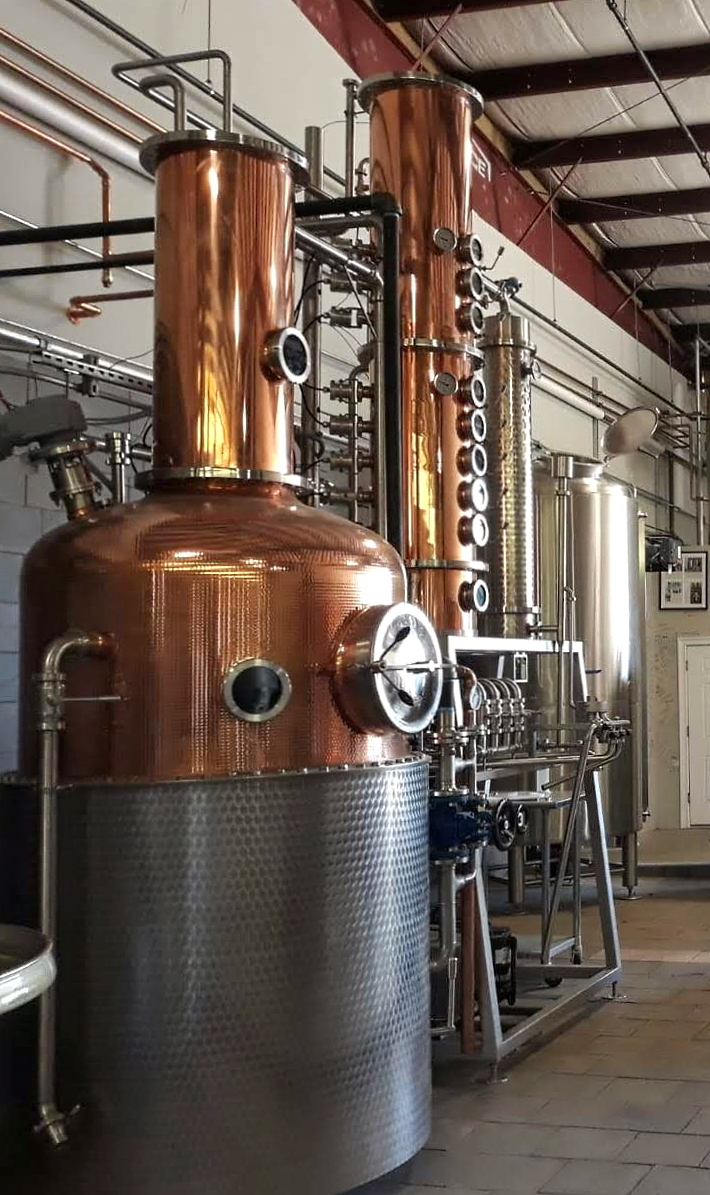 Some of the stills at Privateer Distillery 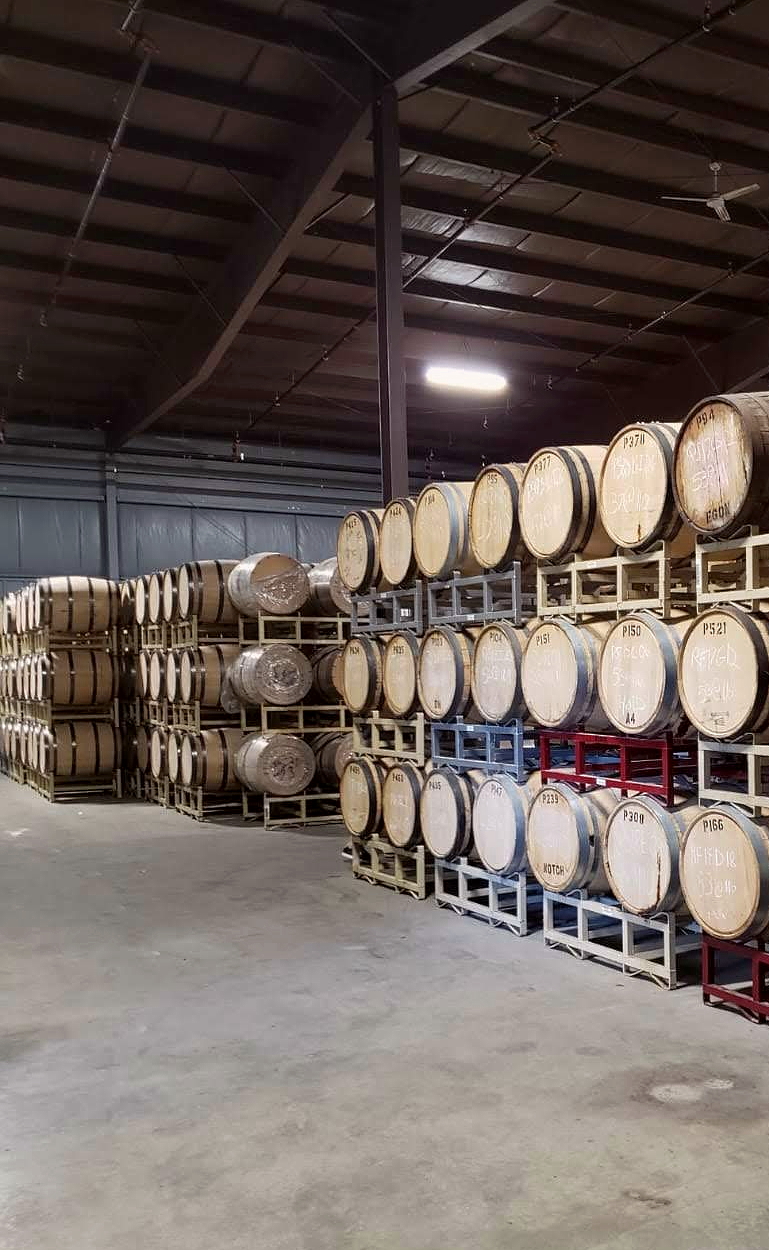