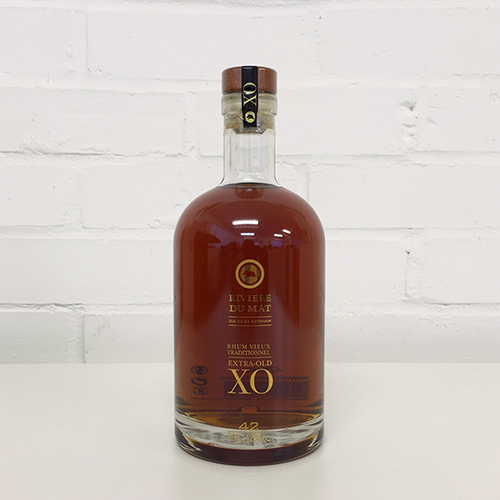 Rivière du Mât is one of the three remaining distilleries on Réunion Island, a French overseas department located East of Madagascar. Réunion Island is a volcanic island with a history of sugar cane production, and it hosted more than 20 distilleries at one point during the 20th century. With the island being part of the French territory, you could expect agricole rums. However, Rivière du Mât (like its other premium counterparts Savanna and Isautier) produces both agricole rums – from sugar cane juice – and molasse-based rums. They produce mainly blends of rums aged in different casks for a different amount of time, in the French Cognac tradition.

The XO is the second oldest blend produced by Rivière du Mât, after a 12-year old.

The Rivière du Mât XO comes in a low, stubby transparent bottle – it reminded me of an Absolut bottle. The label design is clean and minimalistic, which I tend to like more than the detail-heavy baroque ones you sometime see. Although my bottle was a present from a friend that didn’t come with one, I know this rum usually comes in a red cardboard case that features some information about the spirit. Without that case, the information is very limited, and I had to spend quite a bit of time hunting for details! The bottle is topped by a nice wooden-topped cork.

I was immediately struck by how inviting the nose is. Strong vanilla accents are immediately present, followed by dried fruits that are woven with some slightly more citrussy and floral notes. The legs are thick and slow. After some rest, oaky notes become more present.

Although it’s not the most complex rum I’ve ever nosed, it is very well balanced, and has a very interesting profile that felt somewhere in between an aged agricole (for the floral notes) and an aged ron (for the lack of pure aggression).

A sip confirms the aromas previously detected in the glass, with again strong flavours of vanilla, and dried fruit coming out. There is a bit of caramel present, reminding us we are definitely tasting a non-agricole rum. Hints of leather and oak also appear later, owing to the cask selection. This rum is smooth and syrupy, but still with some floral undertones. The finish, whilst not overly long, is very warm and enjoyable, with some burnt sugars and more wooden hints.

The Rivière du Mât XO is a very nice rum that is worth considering in that price range – it is unfortunate that it is not more readily available outside of France. It is a unique offering, very different from the French Caribbean rums (agricoles), slightly outside of the basic categorisation (rum, ron, rhum). Maybe a good excuse for a tropical holiday in the Indian Ocean? 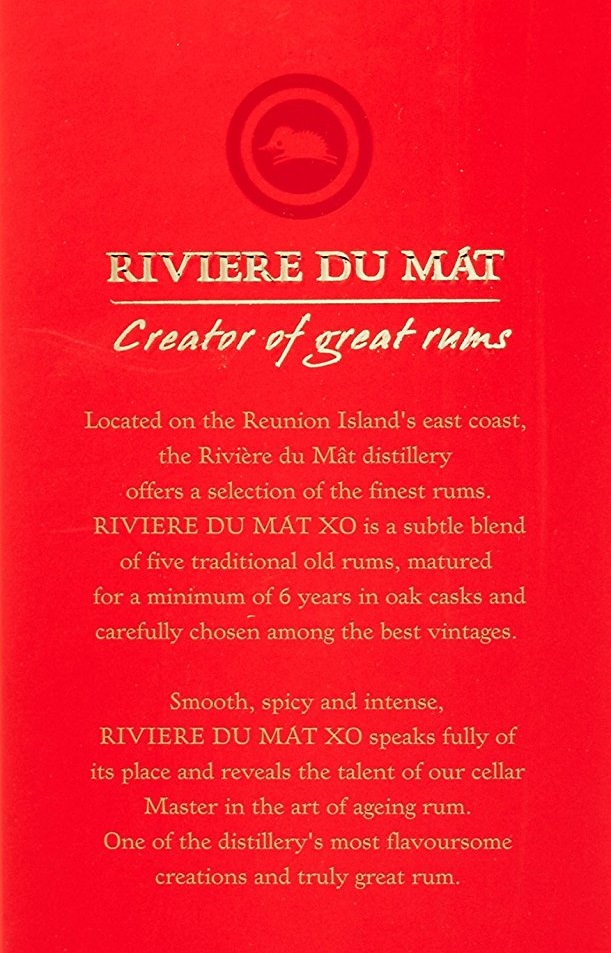 Although my bottle (a gift) didn’t come with it, the cardboard case provides some basic insights 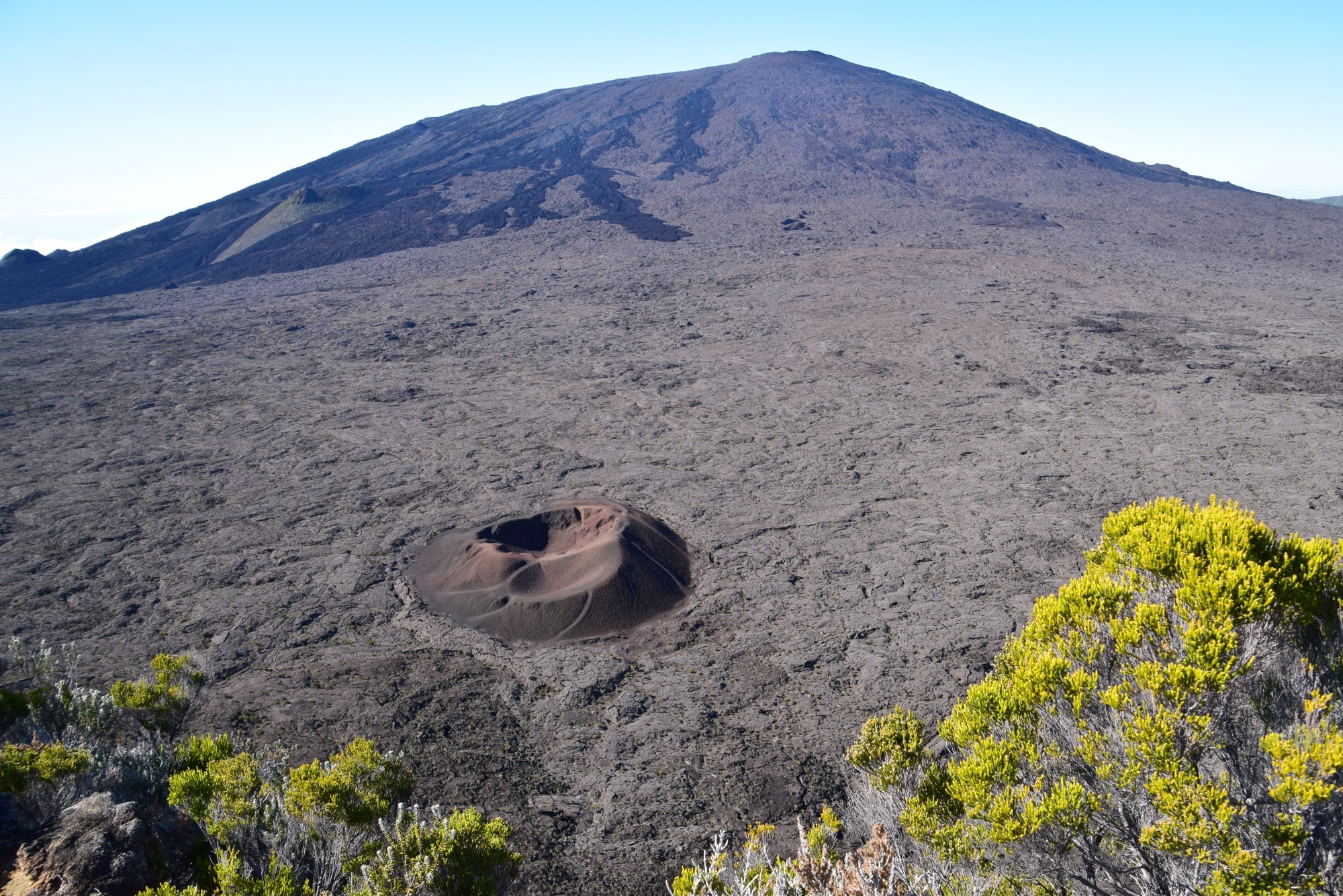 The volcanic landscape of Réunion Island