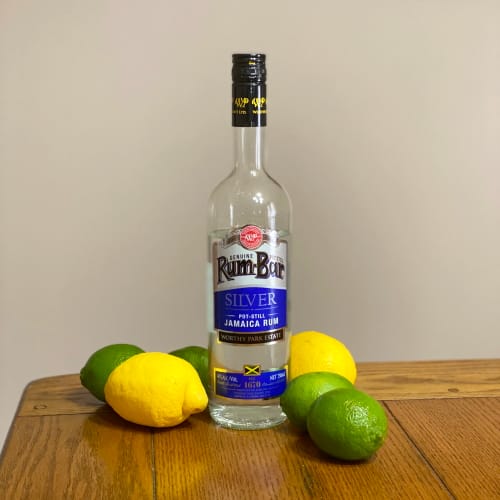 Worthy Park Estate was established in 1670. In 1720, it began commercial production of cane and sugar, which continues to this day. Since 1918, the Clarke family has owned the Estate. Worthy Park produced rum sporadically since the 1740s, but rum production stopped in 1962. However, in 2005, Worthy Park Estate began producing rum, yet again. The primary brand produced by Worthy Park Estate is Rum-Bar, which was launched in 2007. They are 100% pot-still Jamaican rum. The rums are synonymous with the “Jamaican Funk,” and are almost always noted for having a distinct banana-note. The Rum-Bar Silver is their unaged offering.

The bottle is tall and slender. It is enclosed with a screw cap, which is okay here. The bottle is easy to grab and pour from. The affixed-labels are a high-gloss paper, with blue accents to represent the Silver version. Broadly promoted on the front is the Jamaican flag, symbolizing significant Jamaican pride. The rear label contains quite a lot of information, despite its small size. The rear label gives information on the Estate as well as its history. It also goes into detail about the rum itself: a blend of three unaged rums with fermentation times ranging from 30 hours to 3 weeks. It’s nicely detailed for such a small label.

In the glass, the rum is clear. The body is quite thin, with short legs on the glass. The nose is complete Jamaican “funk.” Banana is the most prominent note here. It is supported by citrus, banana leaf, sour pineapple, and cane/grassiness. There also is a slight salinity to the nose. There is not a hint of alcohol on this nose. It is such a very pleasant nose. The banana notes are tremendous. It is quite an intense nose. Under the banana, the salinity and sour fruit notes complete the supporting cast. One might say that this rum significantly exhibits the terroir of Worthy Park Estate. Simply nosing the glass makes you feel like you’re on the Estate.

On the palate, there is little alcohol burn or intensity. The palate matches the nose, with banana being the dominant note here. The rum is dry. It is clearly unadulterated as described on the back label. The mouthfeel is quite thin and astringent. The banana note is matched with some salinity and citrus at the front of the palate. The mid-palate presents banana leaf and slight citrus. The grassiness comes through on the finish, accompanied by a slightly fading salinity note. The finish, however, does not last long. This rum is tasty on its own but one would not be out-of-place to use this rum in citrus-based cocktails, most notably a daiquiri.

Rum-Bar Silver is a wonderful Jamaican rum. The rum is dominated by banana notes throughout the nose and the palate. Although most likely not considered a “sipper,” the rum is one of the most fragrant on the market with a complex palate to match. Most intriguing here is the price point. What Rum-Bar Silver offers for around $20 is mind-blowing in today’s spirit world. The flavors here are so intense, one would think this rum should cost much more than it does. However, the market is fortunate to have such a gem in Worthy Park Estate because they offer so much. This rum is perfect for those looking to explore and learn about the essence of 100% pot-stilled Jamaican rum. 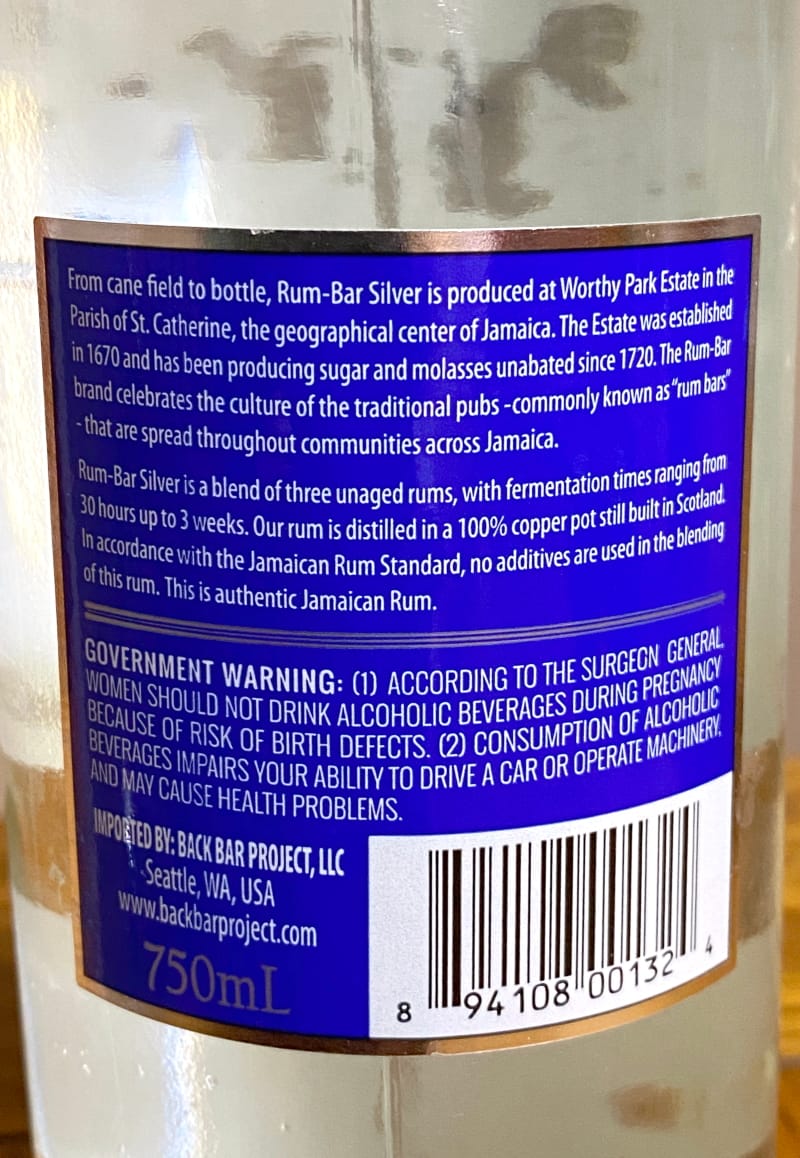