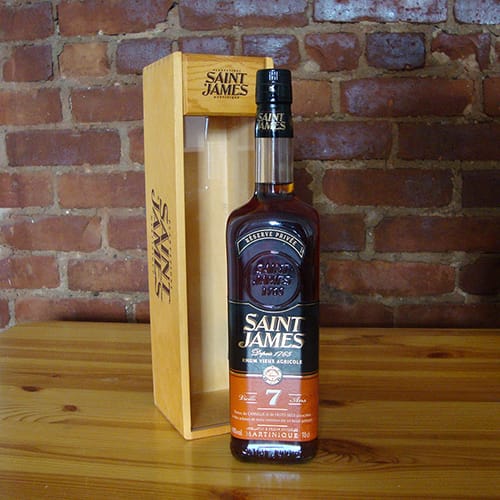 Saint James is an iconic rum producer from Saint Pierre on Martinique Island in the Caribbean. Established in 1765 by the Reverend Father Edmund Lefebure, Superior of the Convent of the Brothers of Charity and a skilled alchemist. Martinique being a French colony, Saint James rums count prominently among the Agricole Rum style. Nowadays the quality of Saint James rums is preserved by Saint James oenologist Marc Sassier and Master Blender Myriam Bredas. Interestingly, Saint James owns and operates its own distillery.

No one can question the singularity of Saint James bottles. First, the square shape is so characteristic that only a quick look at it is enough to identify the brand. This shape isn’t the result of a coincidence. It was conceived in 1882 in order to improve shipment conditions by boat, and prevent shattering bottles while sailing through storms. Moreover, this 7-year-old (minimum) Saint James rum comes packaged in nice wooden box with a transparent plastic facade. Pads are positioned on each side of the box, ensuring the bottle does not jiggle inside the box.

The label is very elegant and classy. The logo and characteristics of this rum are written in gold on a half black and half light brown/orange background. However, there is no information about the history of the brand or the distillation process, which could have fit perfectly on the back.

The color ranges from clear brown to caramel shades. Legs are long and skinny, but spread apart at slow pace. In term of aromas, the most prominent one is dried fruit, followed by woody and nutty notes. In the background, there is a myriad of other aromas such as cinnamon, molasses, dried apricots, dried spices, with a light smoky touch.

The overall feeling is a strong and thick character but with an elegant touch which ends up to balance it well. The nose is complex and smooth, giving a very good balance.

Before describing aromas that emerge while sipping this rum, I would say that I was surprised by its texture. To me, the texture appears a little dry and bitter, giving it a rather sharp character. From my perspective this rum is complex but not balanced enough as the taste is very specific with a sharp character. I would say that if tastes are comparable to colors, we are staying in the same shade of colors, the same spectrum of tastes. It’s definitely the kind of rum that amateurs would not necessarily appreciate immediately since it is not sweet at all on the tongue. Easily enjoyable flavors such as caramel, vanilla, honey, brown sugar etc. are not present in this rum. However, connoisseurs will enjoy identifying the complexities of this rum.

Now going back to the aromas, I would mention first a leathery aroma followed by a woody taste, with hints of licorice and pepper.

In line with my previous comments, the finish is very good and satisfying with strong and sustained flavors like leather and oak coming up. Its length is medium, on the longer side.

This rum is very interesting and worth the try simply because it illustrates how the Agricole rum style can be so complex and diversified. Beyond the appeal of the bottle and the elegance of the labelling, the significance of its aromas as well as their specific balance and finish make this rum a success. While it may not be easy to drink for anyone, connoisseurs with an educated nose and palate will enjoy the exploration of this rum. Morning view of the rum museum at the Saint James distillery One of the symbols of Agricole rums (French tradition): Creole column at the Saint James Museum 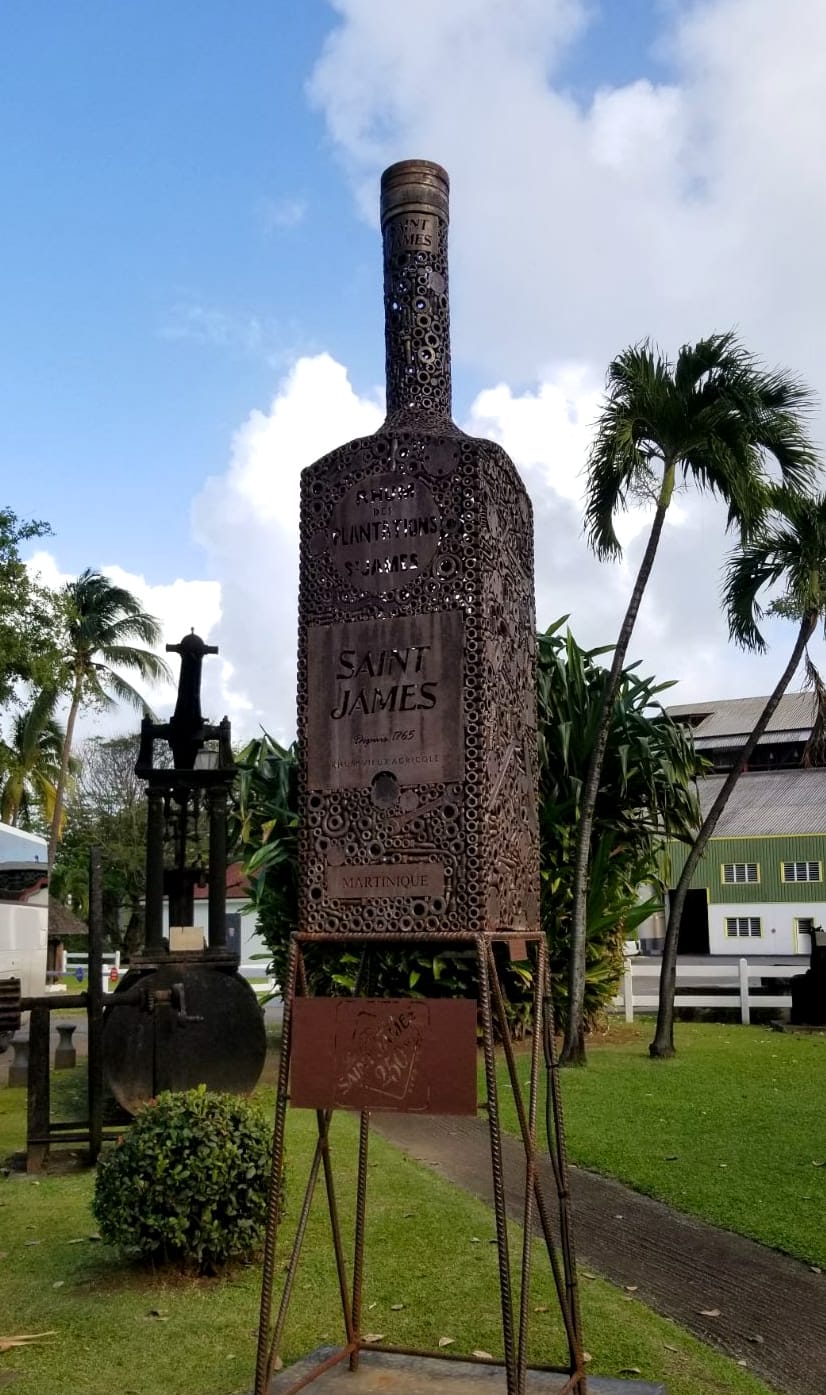